Hello dear ones! Last week, my family visited Historic Westville , G.A.’s 1850’s living history museum. It was amazing and I took so many pictures. I’m only sharing my favorites though and maybe a few will show up in Inspirational posts down the road.

Okay, so this is what we have pictured above:

There were so many old buildings to explore. I couldn’t include all of the pictures (my image space is almost gone). Here are a couple. The one on the bottom left is of a courthouse.

All of the nice people we met were volunteers. They showed us how things were made in the 1850’s. Below you’ll see the surgeon, the carpenter, inside the shoemakers, and the cotton gin.

My favorite pictures are of the wagon ride. Michael got to sit up front with the driver. It was a 15 minute trot around the town. Imagine how long it’d take to get to just the city over! The mule tried to bite Michael. There’s also a pic of Michael playing with an old toy. He had a chance to throw an ax too. 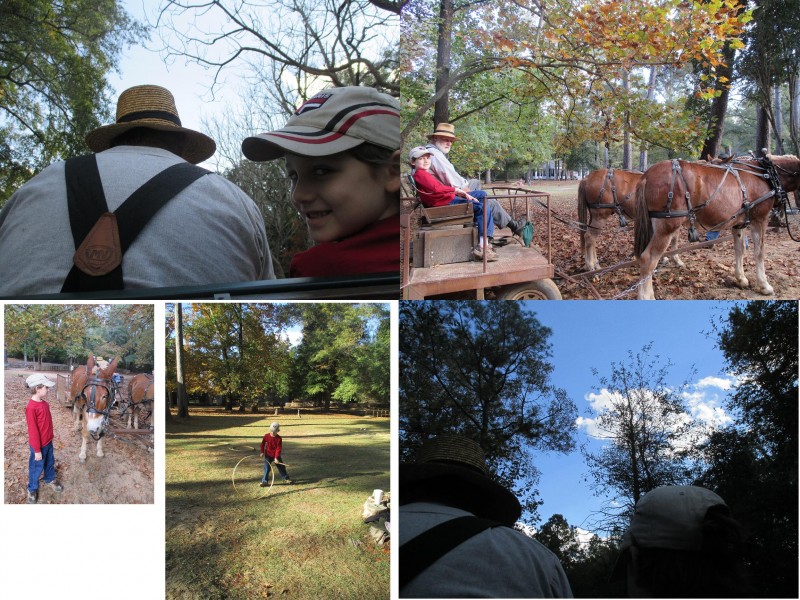 Lastly, here’s the general store. I was sad that we didn’t have time to shop in the real store.  Michael attempted to tap his name in Morse code. 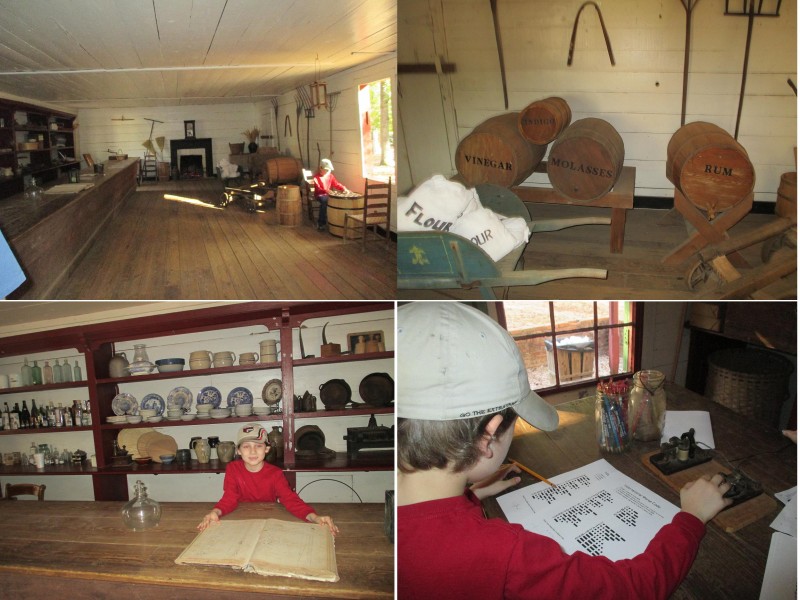 Besides that we’ve just been recovering from October :). Here are some every day pics: my hubby doing what he does best…grilling out (he made the grill from a broken beer keg he’d been given), Michael raking leaves without being asked, our jack-o-lantern was replanted with the seeds in it, and oh by the way….we’ve got chickens.

I’ve been waiting for the right time to tell you. We’ve had them over a month. The one with black tail feathers is Baby and the other one is Penny. They’re sweet babies and they’ve both been laying for weeks now. I made a coop for them under Michael’s playhouse. At night they sleep there and then they go free range during the day.  We are up to our ears with eggs. The picture is of them drinking from Tessa’s water. Chris picks on me. He calls them lunch and dinner. I am very attached to my hen babies though. They are family now and the only pets that really give back. They’re quiet (except when they’re laying, Baby likes to announce when her or Penny lays) so the neighbors don’t seem to mind.

I read somewhere that in a survival situation you could live off of eggs and tomatoes and have all the nutrients you need. We just need tomatoes now :). 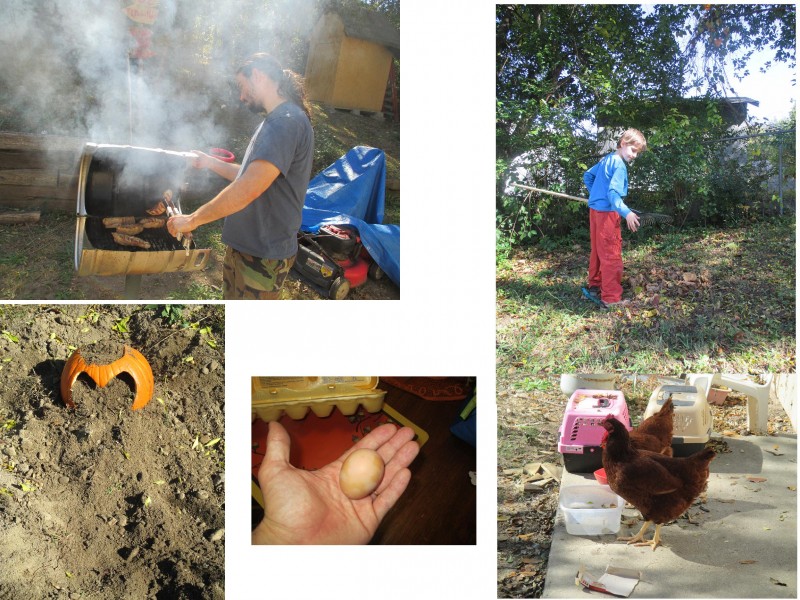