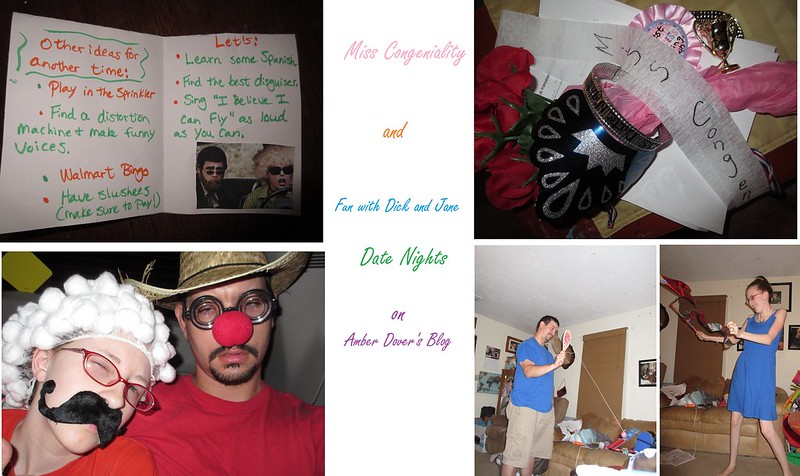 Hello dear ones! Chris and I had a couple of awesome movie themed dates recently. Enjoy these original dates: Miss Congeniality and Fun with Dick and Jane. Here’s how it went down.

Date Night Disclaimer: These dates are intended for married couples. You may not like my movie choices based upon your own convictions. If that’s the case, then I encourage you to adapt these ideas for the movies of your choice. Ultimately my goal is to inspire others to have a fun marriage.

We rented the movie Miss Congeniality. It’s about an agent that goes undercover as a beauty pageant contestant. So I set a table fit for a beauty queen.

First we got in the spirit of things by watching funny pageant videos on youtube. World peace! Just sayin’. 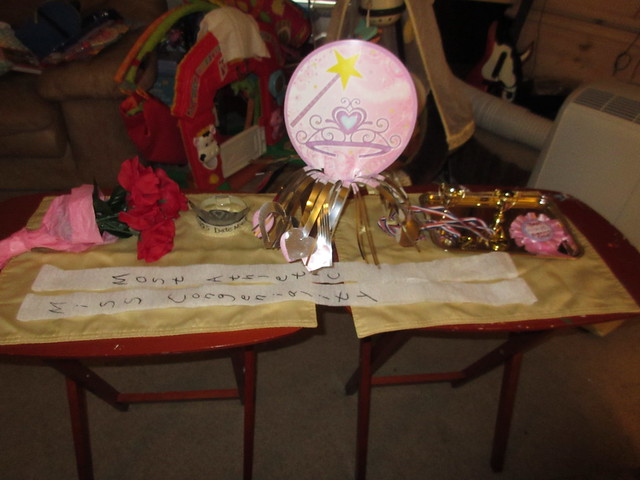 I found everything at the Dollar Tree. I have trophies, ribbons, and medals for our contests later. I have a tiara and bouquet of flowers for the winner. I used crepe paper for the banners. 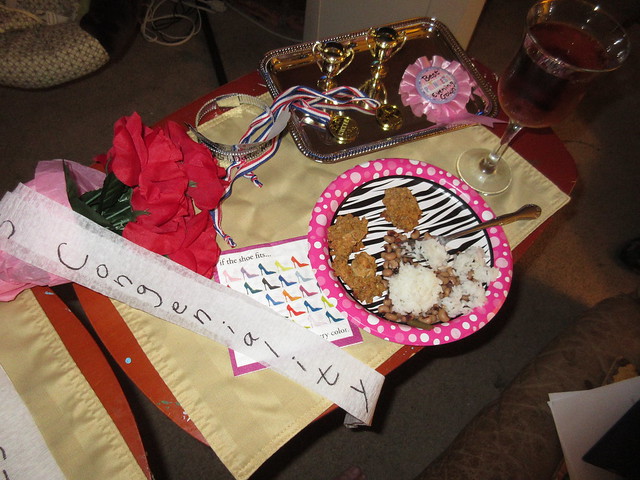 The hubby and I enjoyed a nice dinner. Then we prepared to compete. I’ll admit…the competition was rigged, especially the Evening Gown competition, since my hubby didn’t compete. Ha! I made sure this date was guy friendly. I found a couple of fun things at the Dollar Tree.

Chris was killin’ it on the paddle ball. Once he got the hang of it he was a pro! 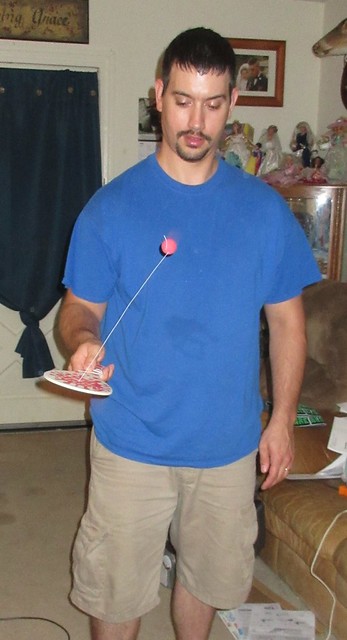 I was embarrassingly hilarious as a ribbon twirler. We each chose a song for the other to use. Chris chose an upbeat dance song for me. I know he had to be laughing inside. 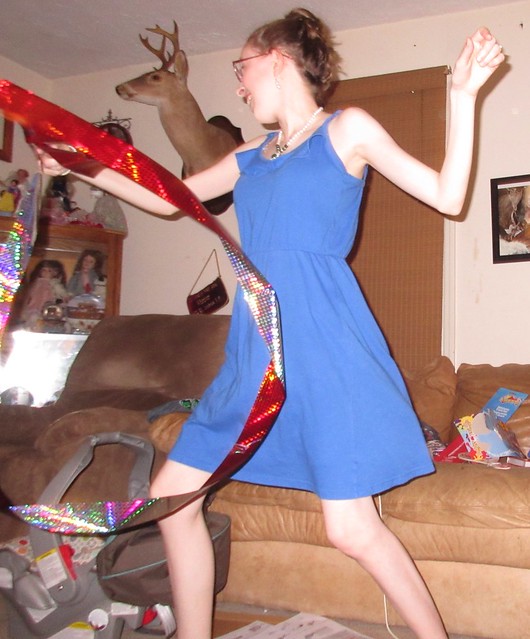 Chris won most athletic. He also won Best Kisser, but that’s besides the point. Leeland helped hold the trophy. He’s a pretty good kisser too! 🙂 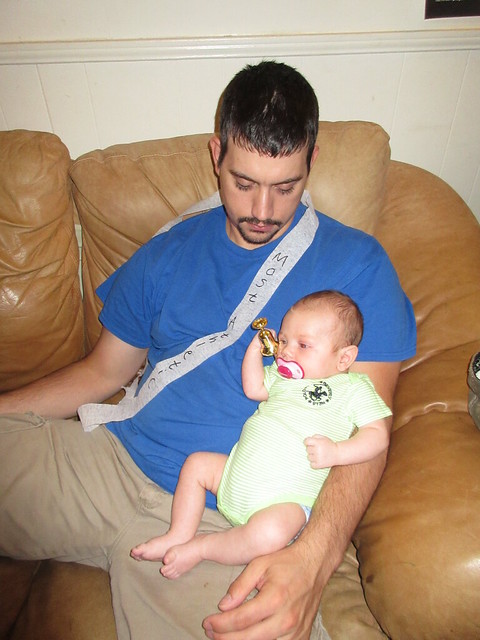 Then we each tried to play the recorder. I had an advantage since I play the flute, but it was still harder than it looks. 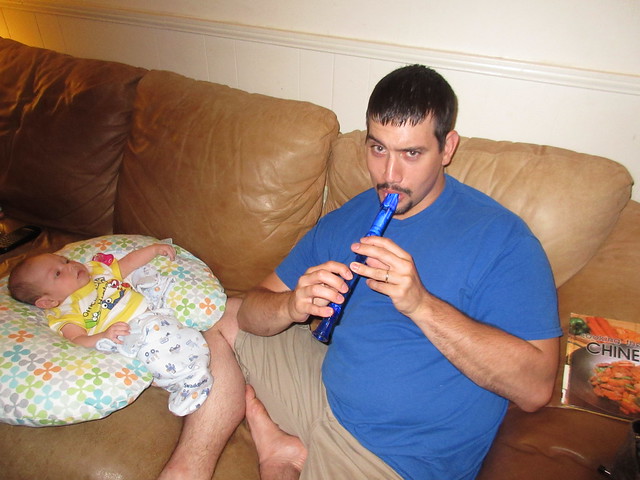 I won most musical.

I found a site that helps contestants prepare for the interview section. First, Chris and I made up funny platforms. Mine was “Save the snails’ Then we asked each other questions.

Here’s the link for questions: http://thepageantplanet.com/233-practice-pageant-questions/ 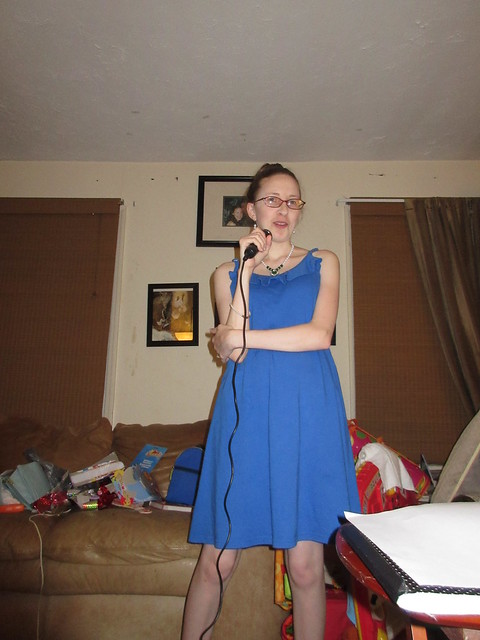 You can watch the preview here:

Fun with Dick and Jane is about a middle class married couple. Dick has a great job and he and the wife prepare to live extravagantly when Dick is promoted. Unfortunately Dick is being set up to take the fall as his company crashes, and the owner gets away with the money. Dick and thousands of others in the company are now competing for jobs. This is actually a comedy :). Dick and Jane go through all kinds of crazy scenarios as they try to find work. I have listed activities that go along with the movie.

First I gave my hubby this invite. The front is a quote from the movie, just in case I freaked you out a bit. The joke is that the couple is so busy that they don’t have time to be together when they are in the mood. They schedule to have sex on Saturday. Again, this date is for married people. Any married couple with kids can understand the quote. 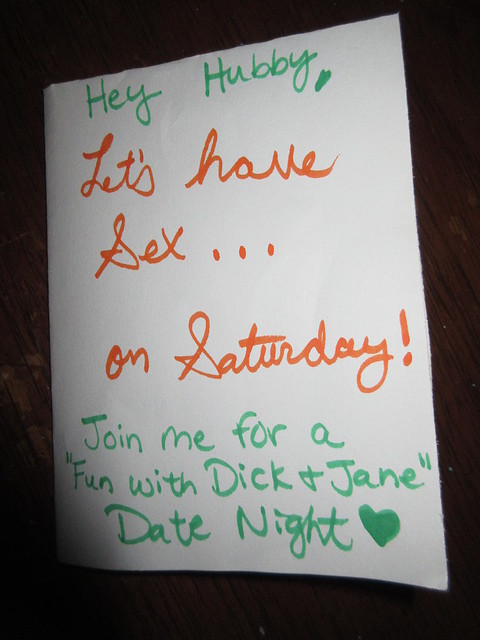 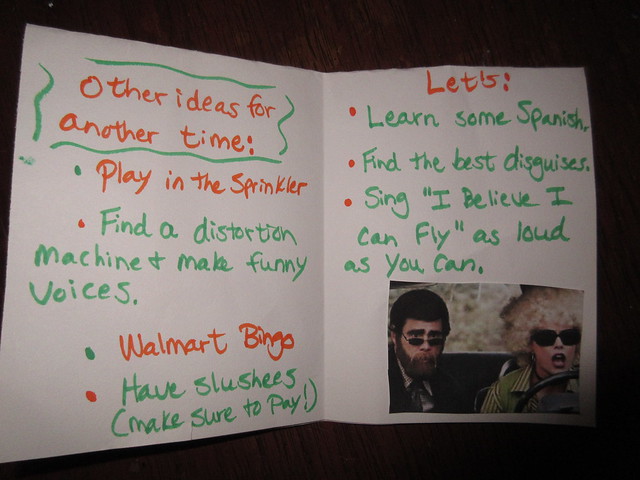 Activities (we only did the first three):

We watched the movie in our van. Our treats were popcorn, cream sodas, and chocolate. 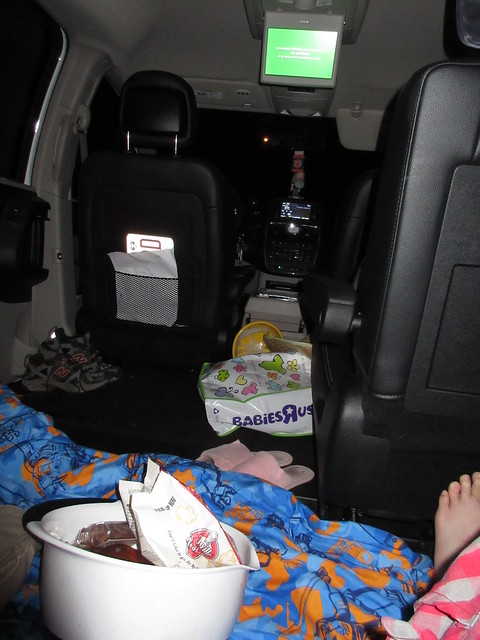 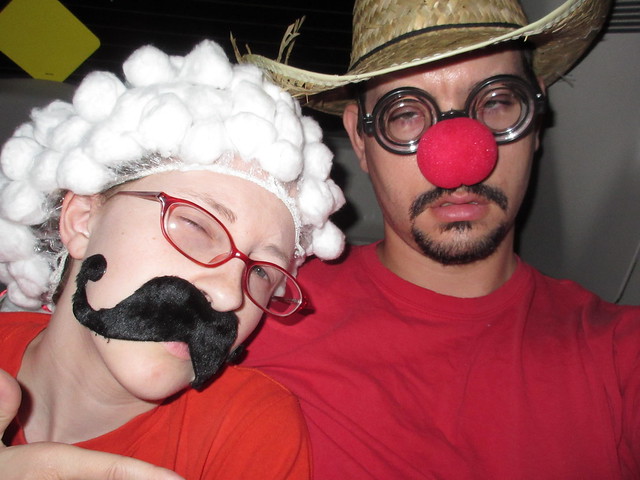 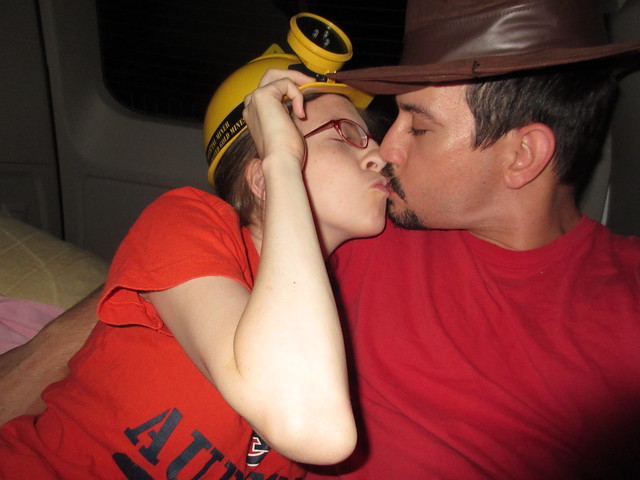 Well, I hope you enjoyed these ideas and they will inspire you to have your own fun date nights. Do you like themed dates? I’d love to hear about your own dates. Please leave me some comment love.

More dates on this blog: