Hello dear ones! I’m almost caught up on posts. So what has Michael been doing lately? My sweet 9 year old has had a busy summer so far. We’ve been catching up on school since our hiatus during pregnancy. The work has been light though. I’m working on another Summer bucket list. We’ve finally gotten out to volunteer again at the nursing home and feed the homeless. Here are some other things Michael’s been doing.

Riding his bike. Michael mastered his bike this year. I’m so proud of him. 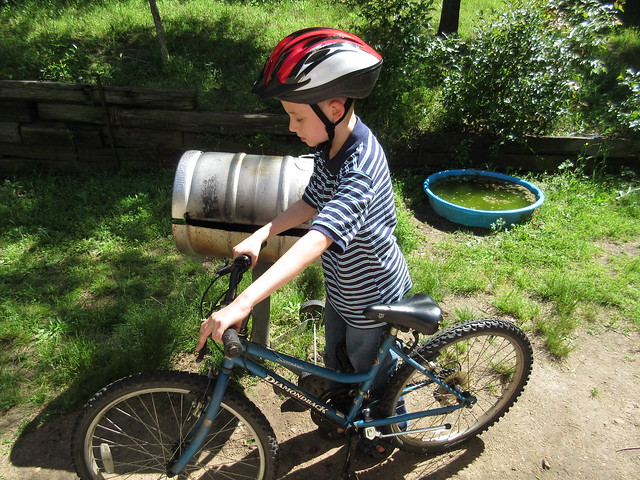 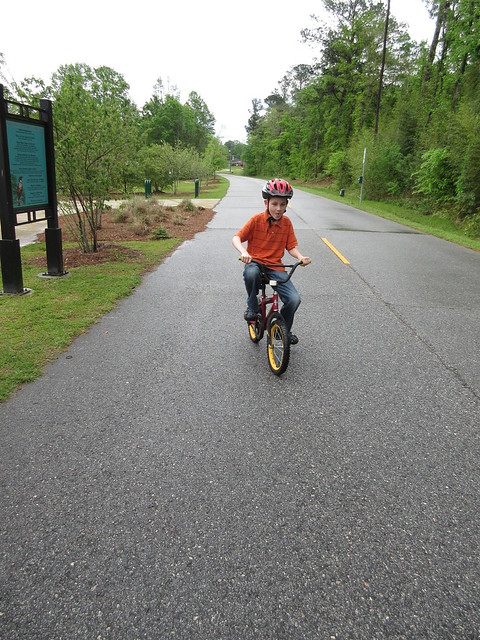 Swim lessons~ Michael can swim now but he still panics if he goes very far. So he stays in the shallow end. Maybe with more practice he will get better. Also we are able to go to pools for free now. 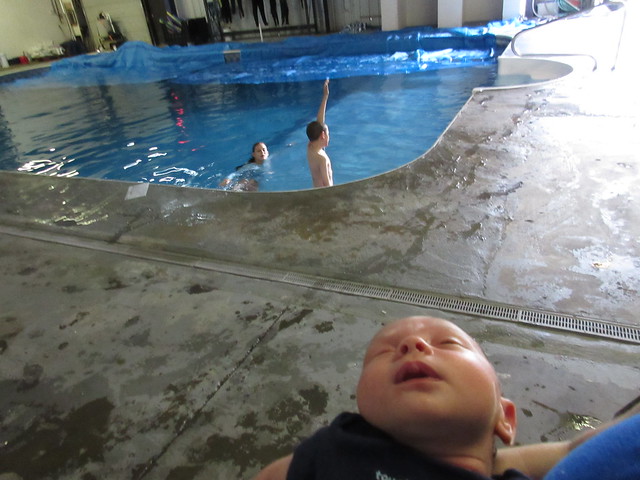 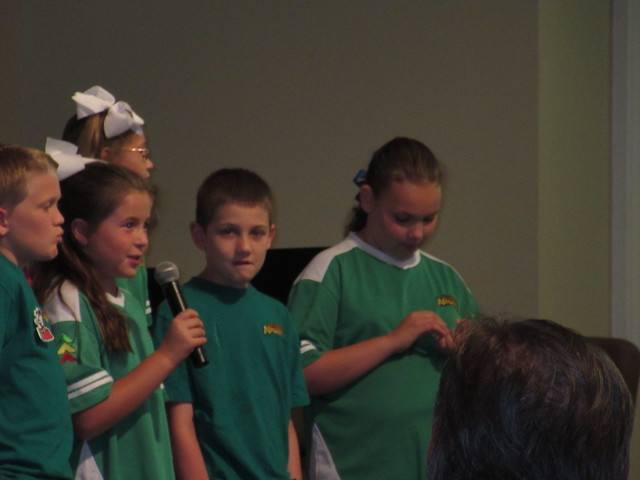 Michael’s bestie Liam had a martial arts party. We signed up for private lessons once a week. Michael has been in karate before but it was too big of a commitment financially and time wise. Plus Michael wasn’t mature enough then. Private lessons make it easier to keep with our schedule. The instructors are Christians and teach the kids respect and good morals. Michael’s really excited about learning again. Sadly, he has to start over with his belts, but maybe he will advance quickly.

Liam cutting his cake with a sword. Hannah is over to the right. 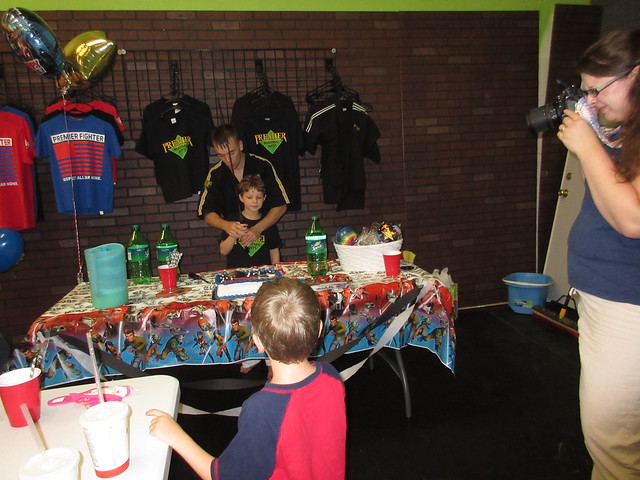 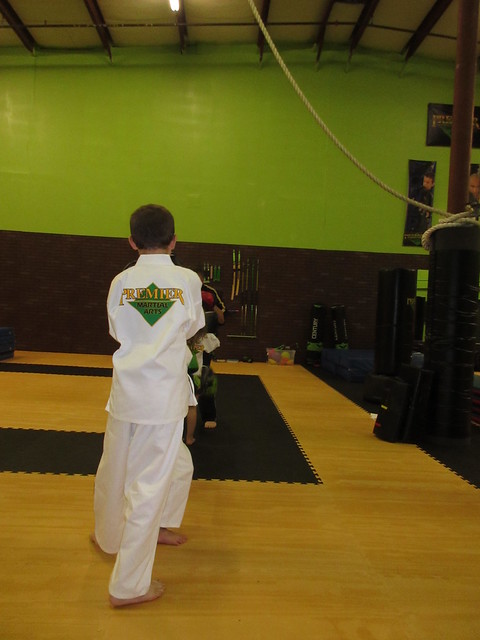 Our homeschool group learned about nature at the Botanical Gardens.

Michael “eating” a tree cookie, and learning about the rings. 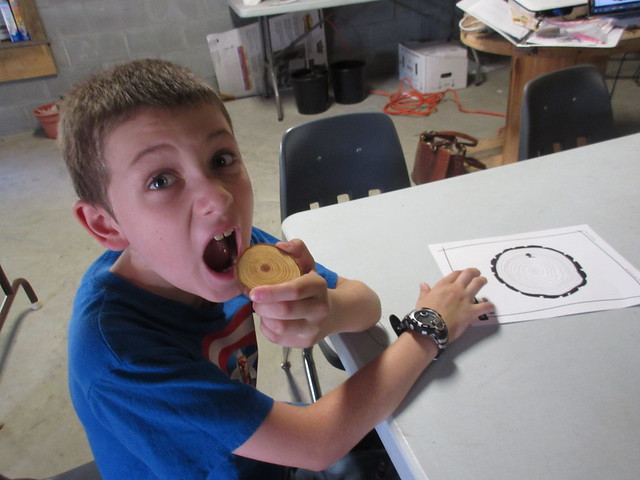 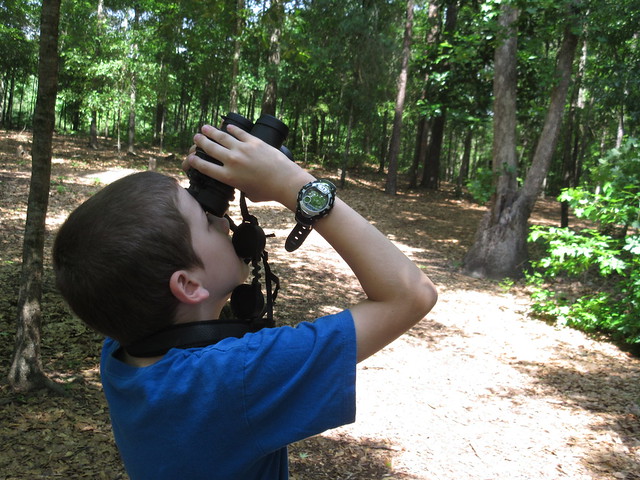 Then we had our End of the Year party, and the kids were given certificates from their moms. 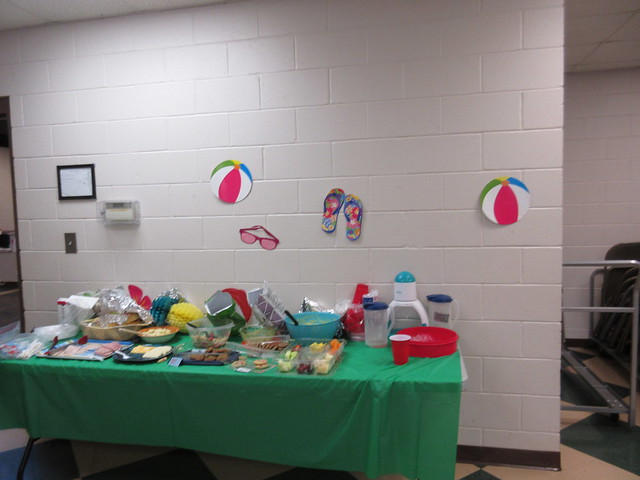 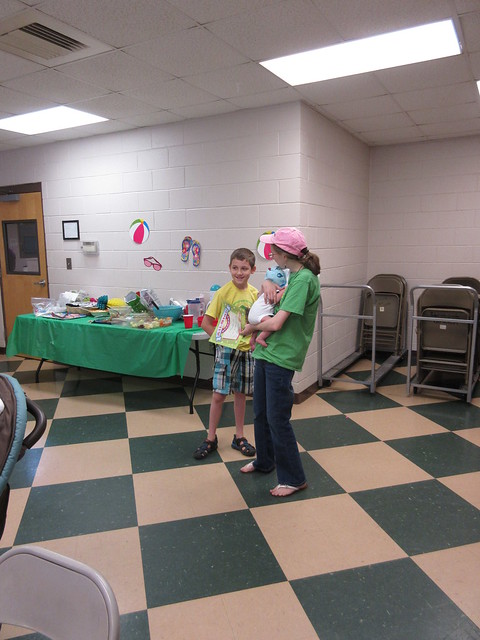 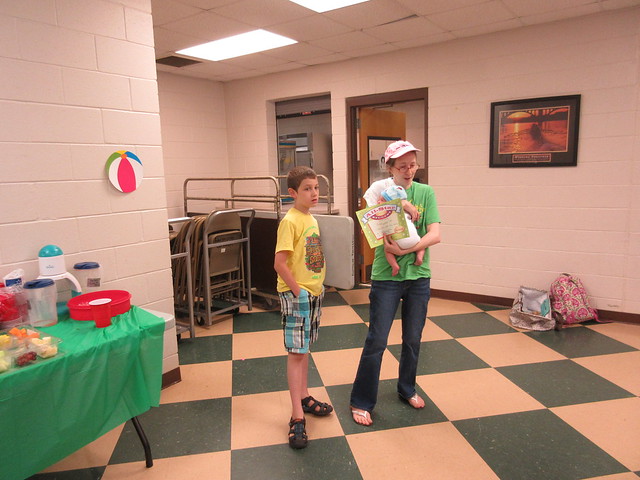 We took Leeland out to several places for the first time…like the museum. 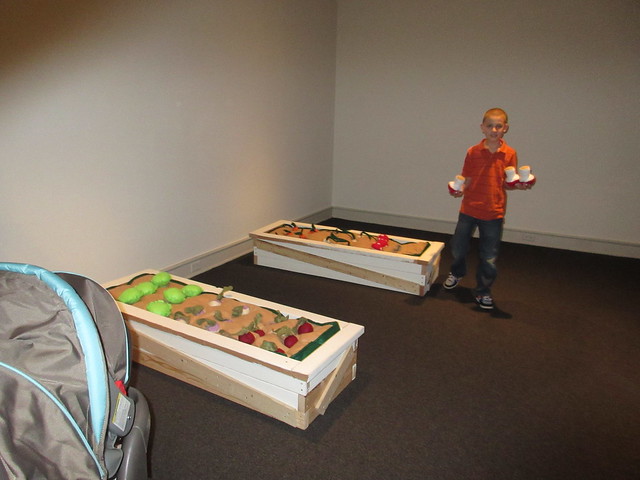 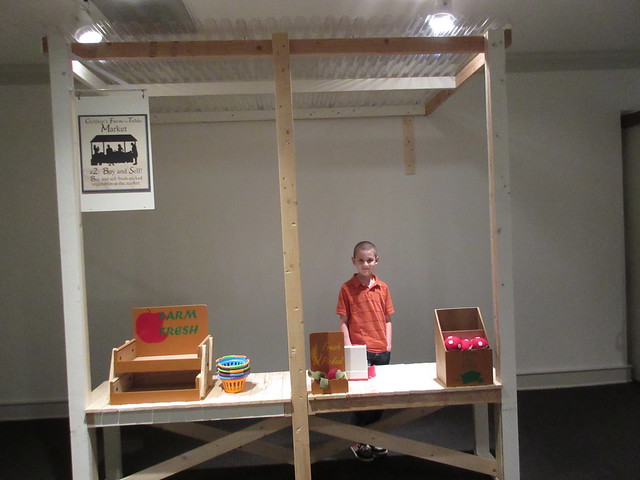 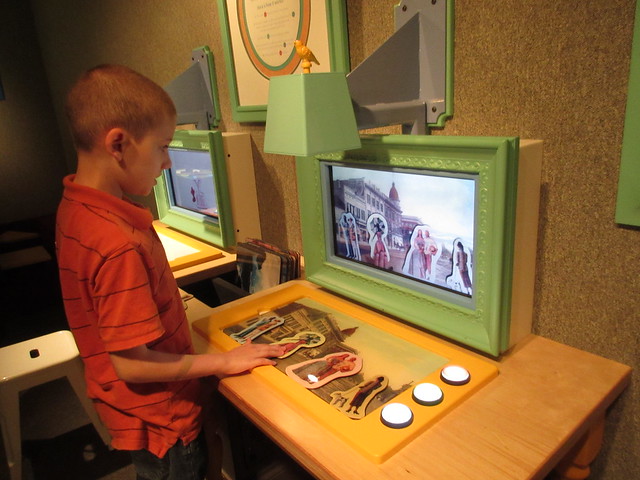 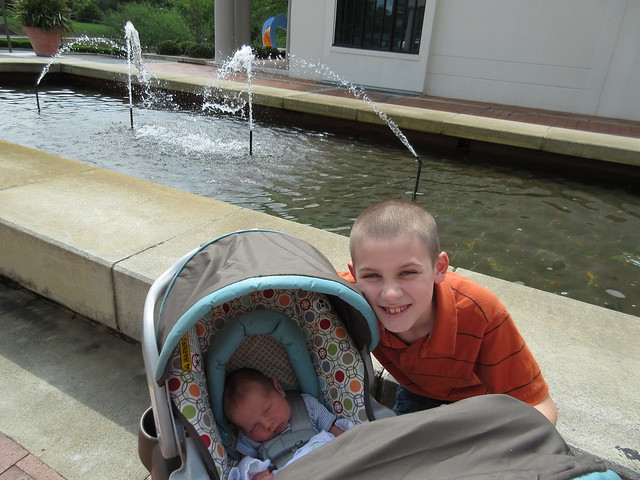 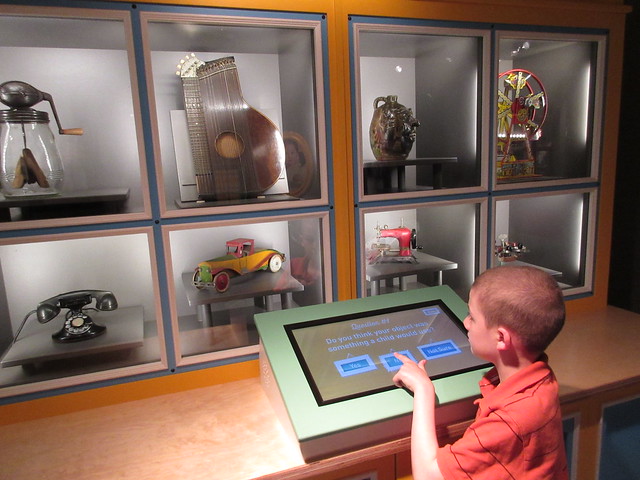 Kickball at the Church Picnic 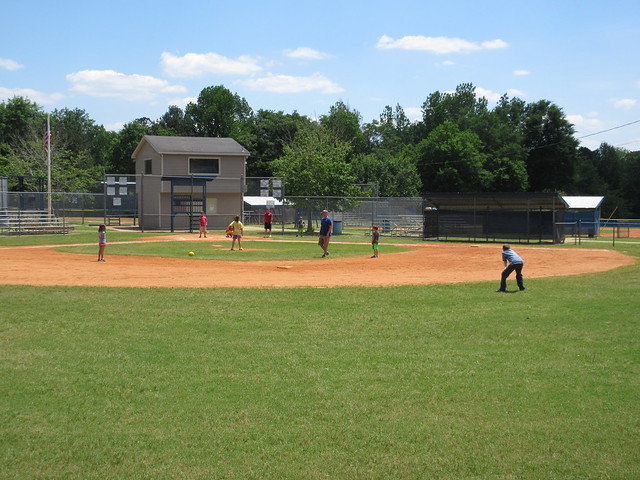 Well, on his actual birthday we took him to Outback. It was his first time having the servers sing to him. He was really surprised. 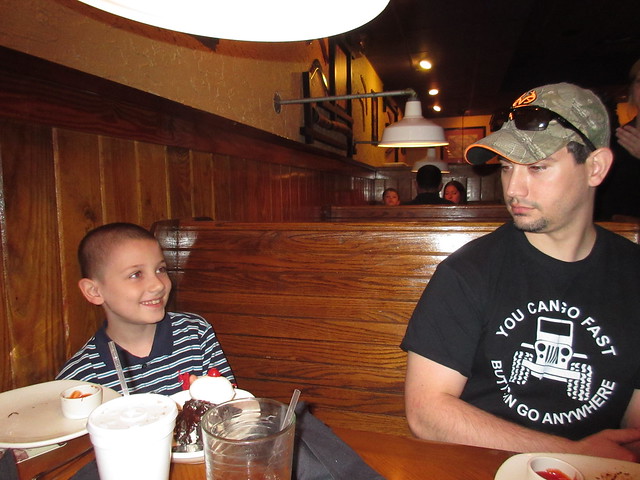 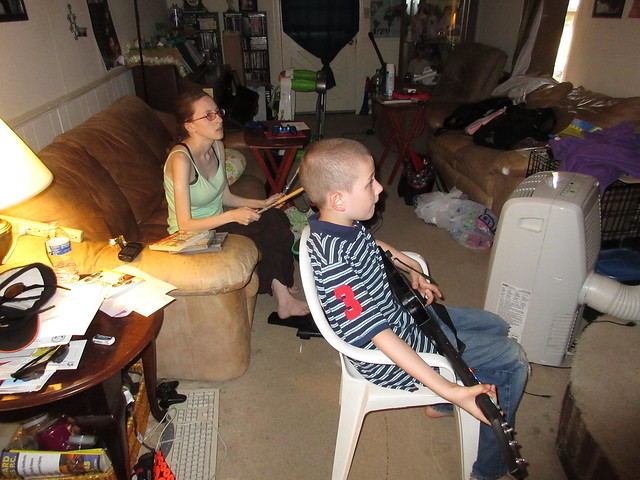 The park and spending time with Nana. 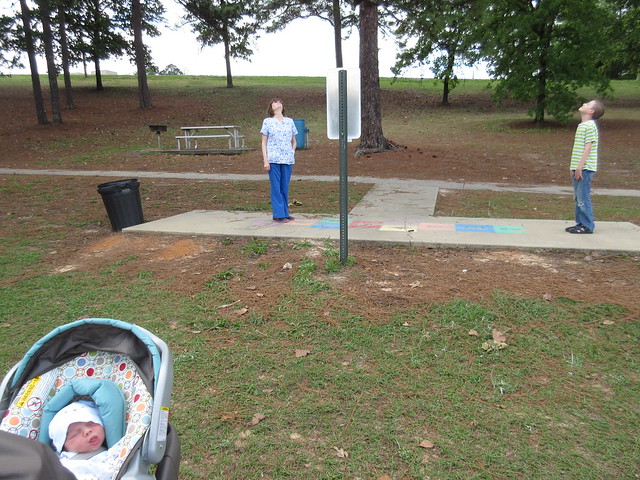 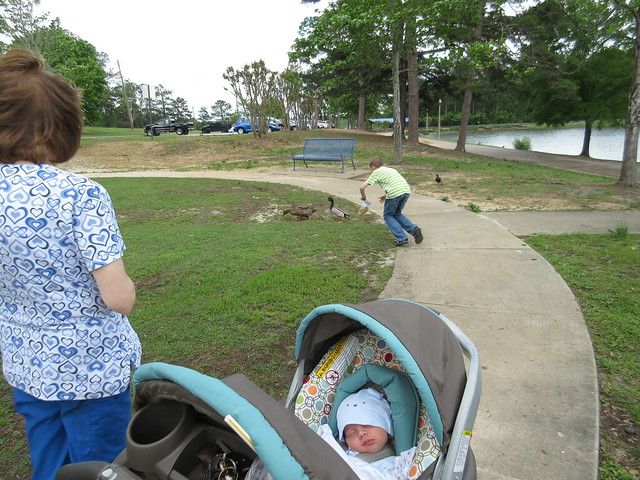 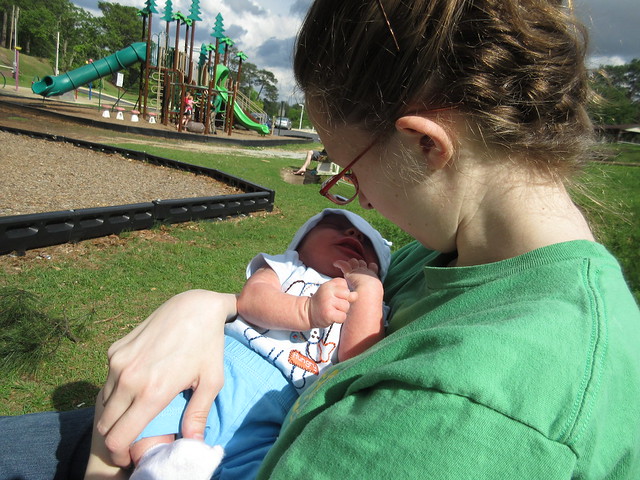 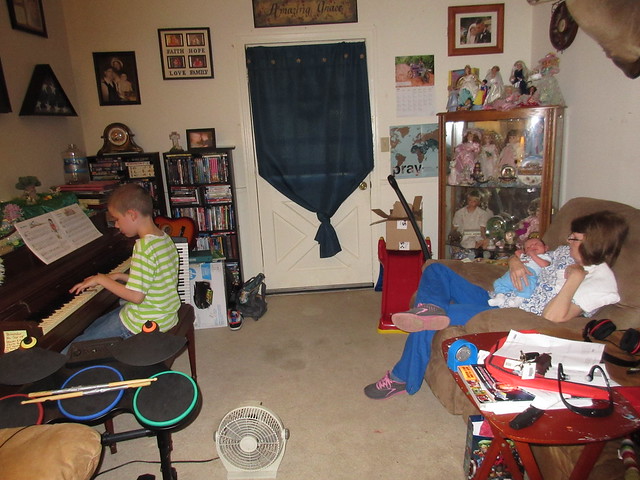 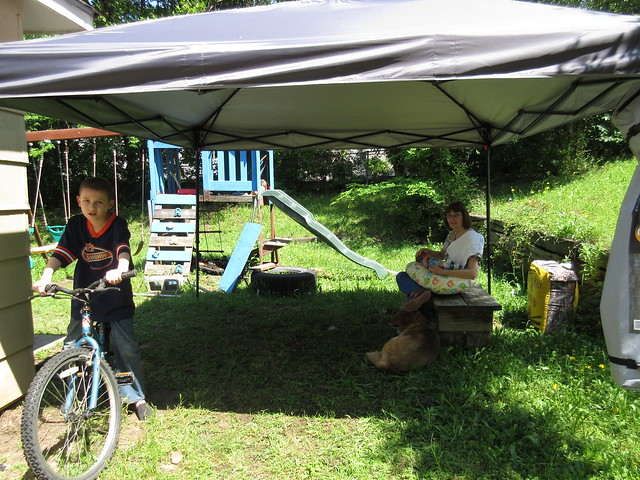 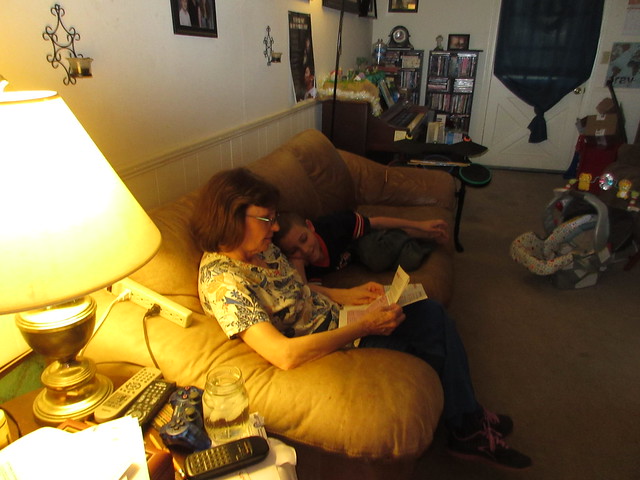 Michael is adjusting really well to being a big brother. He helps me around the house and is very protective of Leeland. My compassionate lil buddy is growing up too fast. He’s starting fifth grade next year. It’ll be wild teaching fifth grade while keeping up with a busy baby. Somehow we’ll do it. 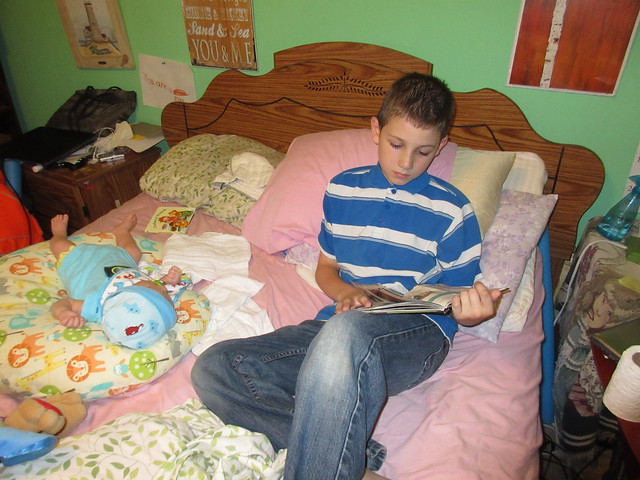 PS: Check out some of Michael’s homeschool adventures: Start at these posts and follow the links to the rest in the series.

Story of the World History~ Creation through the 1800’s

Pic of a kitten we found in our tree. She went to live in the country with my parents. 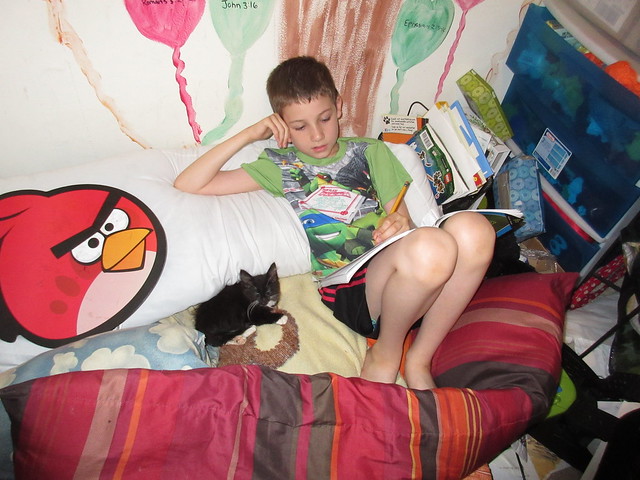