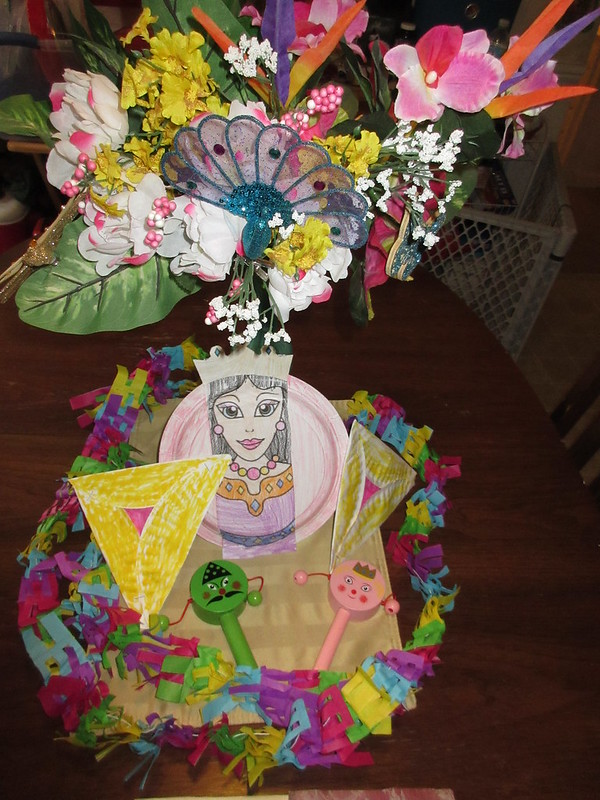 Hello dear ones! This is how we celebrated Purim this year: 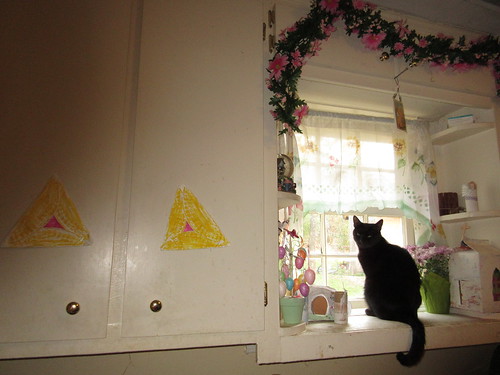 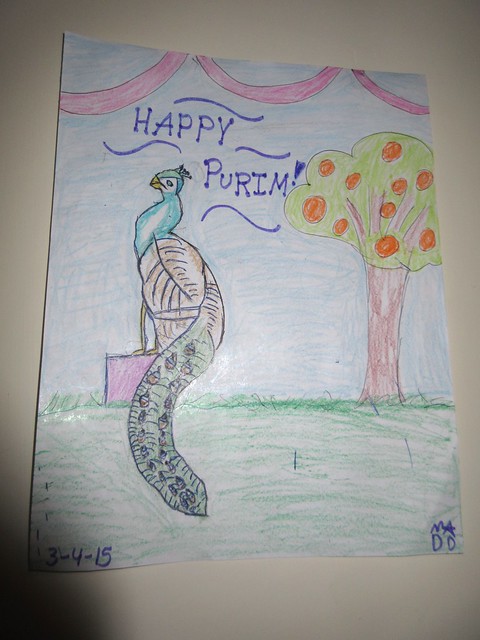 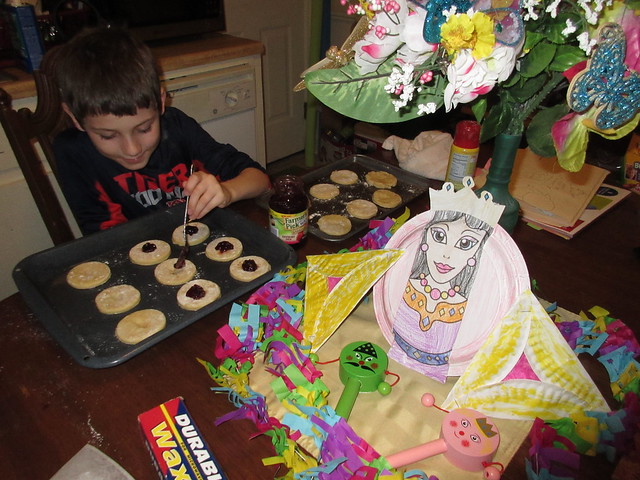 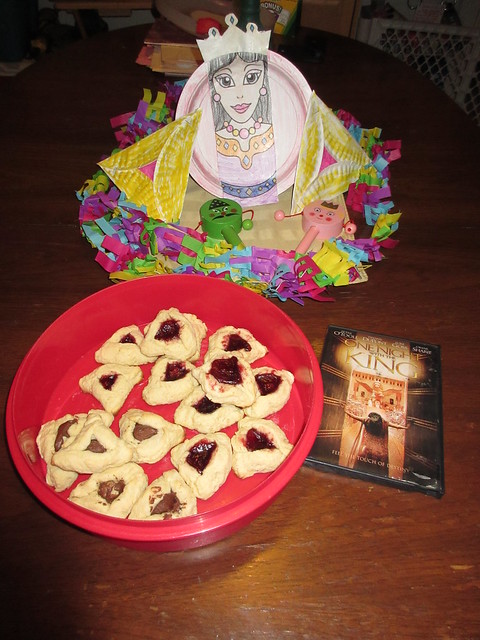 Hello dear ones! Last year we had a big Purim celebration. This year we were able to use crafts from last year. So we had a very laid back Purim. If you don’t know, Purim is a Biblical feast that celebrates how God used Queen Esther to deliver the Jews from genocide in Persia. It is an amazing story of faith and bravery. If it wasn’t for Purim then Jesus would not have been born on this Earth.

Our favorite tradition is making hamentaschen (Haman ears or hats). Haman is the man who tried to have all the Jews murdered. In the end, Haman was hung on the gallows he had made for Mordecai, Queen Esther’s cousin.  Hamentaschen are very good cookies with various fillings. We used raspberry jam.  We usually watch “One Night with the King” for fun but this year we watched the Veggie Tale’s version of Esther.  We got this great Purim board game at the Holocaust museum last year. We finally got to play it and it was really fun. It’s called : Queen Esther: Dancing Dreidels.

We didn’t use the noise makers this year but usually we read the story of Esther in the Bible and we cheer for Mordecai and boo for Haman. You can see that we have paper haman ears for decor. I also like decorating with peacocks and bright colors to feel like we’re in Persia.

Hello friends and welcome to Crafty Monday 🙂 I’m adding a recipe since I didn’t include one in my Sunday post. March is going to be tons of fun for homeschool. We are learning about dinosaurs (aka dragons), Purim (Biblical holiday celebrating Queen Esther), and St Patrick’s day. So most of our crafts, books, and recipes are centered around those subjects.

My son and I are enjoying the book below immensely.

“Dragons: Legends & Lore of Dinosaurs” has a creation science view of dinosaurs. I believe dinosaurs lived with humans & a few may still be alive (in the depths of the Ocean & in unexplored places in the jungle). I believe a large amount of them were wiped out in the Biblical Flood and that explains all the fossils etc. I also believe what people all over called dragons were really dinosaurs (note the word dinosaur didn’t come about until the 1800’s). There are dragon stories all over the world. Most regard these as myth but there are also eye witness encounters (even by missionaries). It makes sense that the dragons were killed off by humans and most went extinct like many species that are going extinct today. Anywho, if you want to read about the history of dragons this is the book for you :).

In keeping with our theme I bought a cheap dinosaur set from Walmart and then I put some moon sand in a plastic tub: hence the dinosaur box (for sensory play). I put the moon sand in Ziploc bags so it won’t be messy.

I used the same dinosaurs to make chocolate fossils but it didn’t turn out so well…..

I did teach my son that real life fossils are often found in pieces and have to be put together like a puzzle. So it worked out. The blog I got the idea from actually used biscuits for this. They probably had a proper mold. Oh well…..

I found these cute window clings at the Dollar Tree 🙂

Also, this week we are learning about Purim. Purim is the Biblical holiday celebrating how God saved the Jews from being annihilated, through the bravery of a Jewish girl turned Persian Queen, Queen Esther (Hebrew~ Hadassah). Jesus was a Jew so what happened affects Christians as well as Jews.

The King of Persia (Xerxes) exiled his Queen because she refused to let him show her off in front of his drunken friends at a party. So the King took all the virgins in his kingdom & they were prepared to either be chosen as his Queen or to become concubines. It wasn’t a happy situation…especially for a good Jewish girl like Hadassah. In the end Hadassah was chosen to become Xerxes’ Queen. Hadassah’s cousin (who raised her) Mordecai urged her to hide her heritage & to use a Persian name, Esther.

The plot thickens when the King’s adviser Haman (an Agagite & an enemy of the Jews) decides to annihilate the Jewish people on the 13th day of Adar. Queen Esther is begged by her cousin to stand up and save her people. It’s tricky though. No one, not even the Queen, can approach the King unless invited or they may be killed. The King had not summoned the Queen in awhile it seems as well. Esther is scared but she asks her people to fast and pray and so does she. When she is done fasting she dresses in her finest & approaches the King. By God’s grace the King extends his royal scepter to Esther (pardoning her) and he offers her whatever she wants…even up to half of his kingdom. Esther invites Xerxes & Haman to a feast. Strangely she doesn’t expose Haman the first time. Instead she invites them again to a 2nd feast then she exposes Haman and begs for her life. Haman is then hung on the gallows he had actually intended for Mordecai (since he wouldn’t bow down to him). There is so much more to this story but you can read it for yourself in the Book of Esther in the Holy Bible.

There are several movies about Purim. I recommend reading the story in the Bible first though. Many of the movies are romanticized and not completely accurate. History shows us that Xerxes was not a nice man. So it’s hard for me to believe that Esther had a romantic experience. The Bible says little in that regard. We do enjoy Purim movies though like “One Night With The King” and Veggie Tales: Esther. Also Beth Moore has a great Bible study on Esther.

Usually for Purim we make Hamantashen AKA Haman Ears…..sounds gross I know but they actually taste good….just don’t think about the ear part. I’ve misplaced my recipe but you can Google it :).

We’ll also be making noise makers, masks,  and crowns. Purim is celebrated on the 14th day of Adar….the day after Haman had planned on killing all Jews. Purim is sometimes celebrated like carnival. Some people have issues with that but I feel it’s innocent as long as you don’t dress up as something evil. I feel the same way about fall festivals. I don’t let my son dress up like a rapist or ax murderer…..that would be glorifying evil & we don’t do that. There’s nothing wrong with good clean fun though. I am not in the Hebrew Roots Movement (though I was at one time) but I still enjoy celebrating certain feasts & holidays for the fun & the education.

Moving on, here’s the recipe I promised. These burgers live up to their name.