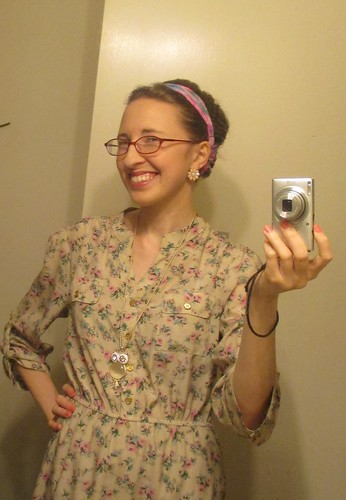 Hello dear ones! Back in 2009 my husband and I were told that both of us could not conceive naturally and that if we didn’t get pregnant within three months, we would never have more children. Flash forward to August 2014. It’s been over 8 years since I had my son. I’m 6 weeks pregnant! Praise God! I spent many years weeping over our infertility issues. I put my body through damaging fertility treatments. We experienced a painful failed adoption, when the twins we were going to adopt, miscarried. Endometriosis and other frustrating health problems have wracked my body since the birth of my son.

A lot has happened these 8 years. My father went to be with Jesus in 2009 at the age of 46. I moved him near me and cared for him during his last year. My husband went through two deployments, two shoulder surgeries, and now he’s finishing up school as a disabled veteran. My son just started 4th grade in homeschool. We got in a bad wreck in January. My two best friends both had babies and my oldest sister became pregnant. The Lord called me to Belize and I went in June. My husband and I decided to try again (we never prevented anything but we started being intentional). I said “being open to receive” rather than “trying to conceive”. We knew it’d be a miracle and frankly I had gotten to a place of contentment and comfort with an only child. My husband had stars in his eyes though.

So when the pregnancy test turned positive in my hand I swore someone else had peed on my stick! 🙂 I took two more to be certain. I’ve had many many negative pregnancy tests these 8 years. I literally laughed when I saw the positive. It took having the doctor do a urine and  blood test for it to sink in that I was really pregnant. Now I’m having strong morning sickness and I’m getting the picture. My husband kisses my belly every morning and talks to the little one or ones in there. I’ve never seen him so happy. In fact, I’ve never had my guys treat me with such love until now! Michael is my little doctor. He even rubbed my feet yesterday!

Anywho, this has been an interesting year. The Lord is full of surprises and it’s exciting to see what he’s doing. I can testify that Jesus can open the barren womb. It’s all about His timing. As I look back, I realize that I was not ready for a little one before. I could not have handled morning sickness while caring for my sick father. I would not have been able to take my son to Disney World or take a family vacation to D.C. if we had a little one. I wouldn’t have taken a missions trip to Belize. I doubt my son and I would’ve had such an eventful party filled year in homeschool last year, with a baby or pregnancy.

The timing is a little strange since Chris will be graduating right after I give birth. But I know God has us in His hands. Things are already different this pregnancy. Homeschooling while pregnant is….interesting. Two years ago I saw this awesome documentary called “The Business of Being Born”. It changed my views on labor. I told the Lord that I would do things differently if he ever gave me another child. I’m holding to that promise. This time around I’m scheduled to see a midwife. She works with the hospital and helped my best friend Hannah with her last two pregnancies. With Hannah’s help as well (as my Doula), I’m excited. I’m nervous too but hopefully I’ve built up my pain tolerance over the years. There are so many things that I want to do differently and naturally. It feels like starting over. I’m older…slightly more mature. I’ve had years to form educated opinions. I’m not the naive 21 year old that pulled her baby and guitar along in a wagon. Don’t ask.

So please keep us in your prayers and we start this new adventure. Please pray for the baby’s health. I will be 30 when I give birth, Lord willing. It’s been a long time.

One Response to “A Miraculous Surprise”